i stayed up until near 3 a.m last night just to make sure i can wake up late this morning and so i can rearrange my messy room because of ‘busyness’ all these while..we’ve been struggling with two, and some of us three assignments to be submitted today and tomorrow..i’ve been quite unstable lately and now i need to recover so i won’t affect my group members for the next assignment..and it starts now.. 🙂

i’ve been cleaning my room, rearranging my files and books, and ready to print my assignments at school in a while..i’m currently listening to my favorite radio station in Malaysia while writing this entry, and singing along the songs i hear..it’s cold but there’s sunshine too light the short days but that’s good enough for me to wake up unanxiously..i bet that some of my friends are rushingly finishing their assignments so they can find time to relax and calm down before the next assignments and test and exam..good luck girls..we can do it~!

::the next day..after submitting both assignments and went to watch night at the museum 2::

i felt so relieved, and finally felt the air that i breathe wasn’t so clean which i couldn’t notice that when my head was  so clogged with only assignments..nah~that’s just too bizzare of an analogy for you to make sense..haha..ok..cut this off..

night at the museum last night was fun..but i could not say it was hilarious because it was not as hilarious..it stopped at funny..a hilarious movie i’ve ever watched so far was wildhogs..but, to compare a technology driven movie (NATM2) with a more to life movie (WH), just would not make the cut..but it was entertaining..i enjoyed it! and i was impressed with the achievement of this movie..it has succefully beat the terminator sequel in north america i guess (at least based on its 1st week performance)..

and as for today, i woke up effortlessly, took my own sweet time to enjoy the warm shower, prayed, and get dressed to go to school..the weather was not so beautiful so the thought was-i have to make it beautiful..so i listened to my playlists, and had breakfast with che..at least, i’ve managed to start the day beautifully.. 🙂

owh, k.long mentioned that i’ve never uploaded our pictures that i snapped using my phone everytime we went out and whenever i forgot to bring my camera..so here they are k.long..haha.. 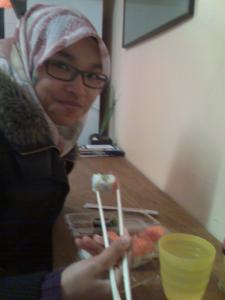 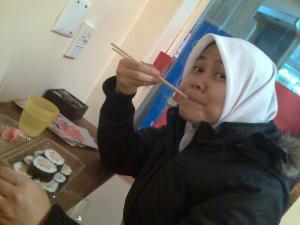 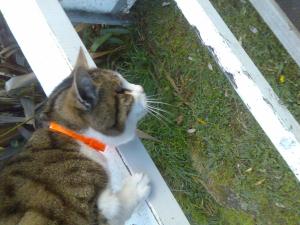 p/s: i was so upset after the meeting with jonathan..i so can’t take it when i have to worry about things  that i should not worry about..man..shouldn’t you help us make things easy..?..for us i mean..not only for you..

one of the assignments in ALIN 201 is to do micro teaching where everybody is required to teach in a small group of 5 to seven people..i’ve settled with my micro teaching last wednesday and it was so exhilarating..now i have more time to do the lesson plan and also complete another assignment for linguistics..i wonder why linguistics can be this hard..man~

but anyway, the micro teaching went well, and i’ve been watching a few prison breaks that i have missed..it felt so good that i got to watch it without feeling guilty for the procrastinated assignments..

amir said he was about to complete his video for teachers day and i was not allowed to watch his video if i didn’t show mine first..so i made appointments with acap and adibah to shoot for that video but unfortunately, acap was so busy with i don’t know what..he sounded like the busiest student on earth..whatever acap..ko xde dlm video ktorg..haha..

i spent 2 hours editing the video and i finally submitted the video to ms ija..yay~!!! and then only these people rushed to publish their videos..ha..t’cabar ke korg neh~~?? haha..i’ve just watched amir’s so far..and still waiting for ariff’s, usop and pendi’s..they’ve been giving good feedbacks to my video so this is the time for me to return the compliments..haha..thanx people..

owh, and i attended tesl movie night last night..we were quite late as people have already started eating when we arrived..i couldn’t remember what was the title of the movie but it was something about the traditions..em..not traditions..just about the lives of a few Fijian in auckland..but they implemented the traditions that they have been practicing and believed..owh, i wouldn’t upload my video here because the video is quite poyo..haha..but here are some of the pictures taken last night..

i’ve watched wolverine~!!! yay~! it was so unplanned.. i went out with wawa but i so couldn’t remember why we went out at the first place..but i do remember we ate sushi before that..owh ok..i remember now..i accompanied wawa, zaty and sarah to pipitea campus for site visit..ehem..who says future teachers cannot use terms only architects or engineers use..haha..they were planning to put up an event for vic muslims so they need a big indoor space for that event, so they went and check out the place..sarah and zaty decided to go home after that but we decided to check out the sales in warehouse 🙂

we dropped by nida’s house for awhile because wawa needed to pray and accidentally, nida decided to tag along with us..so we went to the warehouse together..but the sales were not as big and ‘selling’ as we expected it to be..we ended up buying things we didn’t plan..i wasn’t feeling well few days back so i ended up buying another bottle of water..and some rocher.. 🙂 unfortunately, nida didn’t get her futsal shoes either..as for wawa, the bedsheets were way expensive from what she used to get..on our way back, em..that’s how the story begun..

it was so tempting for me to watch any movie when we passed by the reading cinema..since wawa said alright, we purchased the ticket and went back to nida’s house for maghrib prayer, and some drama of our own took place but i managed to be in the cinema on time but not for wawa..but at least she got a new company..ainon mate tagged with her and i was able to tell her the parts she missed..

anyway, about the movie, man~~~i was soooo into superheroes and superpowers..i wasn’t impressed with the trailer as the casts appeared to be unknown and not so handsome and mr jackman looked quite ageing..but all those impressions were blown away as early as the movie started..the introduction of the characters were effective, the superpowers were..em..how do i describe it..amazing..yes, that’s the word..amazing..

the plot of the story was easily comprehended..hugh jackman was a real superhero..and i love the fact that there will be a sequel for this movie~~~yay!! at least there are things that can entertain me here..huhu..how pathetic wellington can be..i love the battle part, the intro part, the escaping part..uh~~~i love everything about this movie..i found some flaws anyway but i just can’t afford to highlight the flaws..they were so mini for me..my suggestion, go watch the movie and enjoy the fantasy being given.. 🙂

owh, i played futsal yesterday and we won the third place.. 🙂 i was in shafiq’s group and initially i was terrified because pae made it into our group at a very last minute..dely and me were sharing this feeling the night before the game and we prayed so we won’t spoil the game so we won’t get scolded..huhu..the game was fun..a lot of people showed up and of course i took a lot of pictures of not only me..haha..i enjoyed it~!!!

but i have to finish another linguistics assignment now~~~i flunk the previous assignment and i can’t afford to flunk more..God help me~~~hu~

p/s: can wolverine or gambit or that diamond skin lady, or wade or any of those xmen help me with my assignments..?they should make their superpower more useful by helping people like me~!!!

p/s/s: to a quiet friend..you don’t have to keep your problems to yourself..you need to trust your friend..

one thing about being a student, i can write about my assignments all year round without thinking hard for a new entry title..sounds boring but that’s the price that i have to pay for wanting cheaper flight tickets from STA travel and cheaper movie tickets from reading cinema..owh, and cheaper food prices from cinta restaurant..

i’ve been busy with assignments last week and will be busy again starting this week but hell no i’m not going to burn my weekend to prepare to get busy..weekend should sound like weekend where i can do the activities that i want without having to worry about deadlines..so what have i done this weekend..?

my housemate came into my room the other night crying so hard that made me freaked out thinking of something bad might have happened to her or her family..but i was so wrong when she was actually very sad after watching a korean movie..the story sounded so touching as she described..so i decided that i wanted to watch the movie too, because i love to watch movies that is so realistic and sad that is so possible to happen to anyone else..

so that night, i called another housemate to join me to watch the movie and all of us eventually watched the movie in my room..the title of the story is ‘a moment to remember’..i don’t want to make a movie review here but all that i can say is, eventhough korean movies are slowly paced, the message is successfully conveyed in this particular story..i was so ammused on how practical and realistic the hero is in the story and how realistic is the tragedy and har~i wish i can have that type of husband too~~~i might say he is not as good looking but his height made me close one eye..haha..eskiusme bi~~movie review je..hoho..

but anyway, i really love that story..you should try to watch it..i made amir fikrie watched the movie and he agreed with me that the story was a good story..and the story has actually proved his memory theory..congrats amer~~~

owh, my housemates and a few more friend celebrated my birthday that saturday night..we had nasi lemak, bubur caca with banana..a cake baked for me *wink2* hoho..ayam sambal, bread pudding made by ika, chocolate cookies made by zaty, kuih cara made by jo..har~we had so much fun and food that night..thank you girls for all those..i really2 appreciate it..and we squeezed seven of us in my bedroom that night..guess we all have lose some weight that made us all fit into one room..haha..

that’s all for this time..i’m quite tired coming from groceries shopping with sha just now..i want to catch some rest..=)

"The real voyage of discovery consists not in seeing new landscapes, but in having new eyes." -Marcel Proust-

Translate this blog into different languages...